Developing and managing a web application to scale has evolved in many different ways over the past two decades. In the following post, we’ll describe how a few of the more notable changes have led web application operators into a challenging situation.

The Evolution of Web Applications

The Evolution of the Development Teams

With the increasing complexity of web development processes and the multiple functions that are needed within the web development team, website teams keep growing. Front-end is hot - as a result of the shift to client-side development - web developers are moving to front-end or full-stack development. In fact, by 2024 web developer job growth is expected to increase by 27% according to the U.S. Bureau of Labor Statistics, and full stack developer ranked second—last year’s top job—in Indeed’s report for Best Jobs of 2018. It all boils down to the fact that there are many more “hands” working on the same code base, pushing new code to the browser.

A few years back, a single team was responsible for all aspects of web application development. Current challenges have created a dynamic situation where multiple teams are working on the same website, each in a different section or layer, and often completely out of sync for changes with mutual impact.

The Evolution of Client Side Javascript

Developers once had full accountability for website source code. Today things are a bit different, due to the following trends in the last few years: 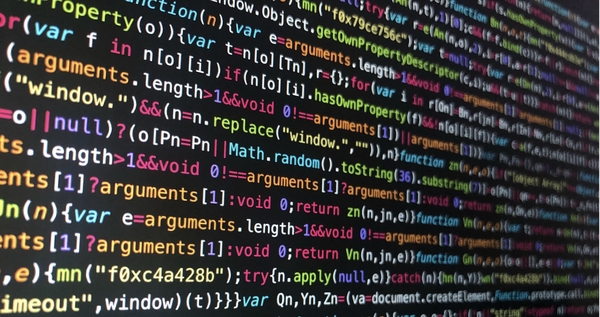 Everything described above has led to a situation where a standard web app easily becomes a large system built from in-house code, third-party vendor code, and open source libraries, all managed by different teams, highlighting a problem: increased vulnerability to client-side attacks. A short scan of Alexa Top 500 websites shows that, on average, websites load ~15 different third-party libraries. The root of the problem is that these libraries are statically loaded into the page by an inline snippet, but dynamically change their content in the background, outside of the site owner’s control.

Let’s differentiate between the main sources of these modules

Scripts from both of these sources can lead to javascript behavioral changes on the page, affecting factors such as:

In reality, in the modern web development process - there is a big gap between the level of supervision of in-house code changes pushed to production, and the extreme ease of code changes by a third-party vendor lacking any supervision - while both of them are running on the same webpage.

In this series of blog posts, we will show how this trend is being targeted by attackers, and suggest different methods that can help get visibility and better insights into analyzing front end code and changes in it.

Let’s take a simplified example of how the behavior of a third-party library may change as a result of a breach. This is an ad optimization third-party library that collects ad related metrics and was added to a website by the marketing team. After the third-party vendor that provides this service was breached, the behavior of the library has changed. The new behavior of the library includes potentially leaking users’ sensitive data to an unfamiliar HTTP endpoint, without the awareness of the web operator, who can do nothing to prevent or mitigate this data leak.

Script was added to the tag from a known CDN

Let’s map the behavior of the script:

Now at this stage, the script got breached, and with the content change, the script behavior changed as well. The script still performs most of the actions performed before, only now, new actions have also been added. These actions are taking the sensitive data collected by the original script, and sending it to a new endpoint to be saved by an unfamiliar browser storage entity.

Here’s how the new behavior map of the script looks like:

The new actions performed by the third-party library are completely invisible to the web developers and SREs responsible for the site performance and experience, and liable for their users’ data. This script could potentially send sensitive data from the local storage to an unknown domain, and they are not notified of this kind of change nor have an easy way to control them.

This is just one example of what constantly happens on the client-side of the websites, leaving the website’s operator blind to a significant part of the website activity.

In the next blog post in this series, we’ll review the implication from a different angle, and talk about how these changing libraries impact the end-users, and how this opens a door for data breaches and user session hijacking threats. Follow us here.