How do retail brands create intense demand for extremely high-priced products? Supreme is among the brands that have found the right alchemy: create a sense of scarcity, and make the item difficult to buy, by sharply limiting production runs and using retail drops, often with no official notice. Supreme’s formula also includes never selling a product of the same design again, in contrast to other brands that provide steady, ongoing supply of each product and happily produce more if there’s demand. As a result, Supreme has been rewarded with ferocious competition amongst would-be customers.

Last Thursday the brand had consumers lined up in the streets for a chance to buy the sought-after streetwear in its new Spring Collection. Over at Ralph Lauren, they proved that if it’s scarce, it doesn’t even have to be a new design, by bringing back a limited run of its 1993 Snow Beach collection of shirts, jackets, and sneakers.

The knowledge that supply truly is limited has led to frenzied buying. A recent drop at Barney’s in New York brought 10,000 shoppers in on a Saturday, and 20% of them were new to the brand. That’s all positive for the retailer, and consumers have to arrive early to score the hot brands - it’s inconvenient but it’s fair.

Online buying is a different matter. Without a bot to carry out their purchase, humans have little chance to get in on the action. The bots are too fast. Online “drops” have literally become a battle of the bots – which scalper has the better proxy? The weapons race is on. One YouTube battle comparison between two popular Supreme bots, and there are many such videos, has 40,000 views.

PerimeterX CTO Ido Safruti appeared on CNBC’s Nightly Business report on February 15, and he discussed the “scalper market” and the impact of scalping traffic on ecommerce and brands, noting, “In some cases 90% of the actual checkouts are bots.” 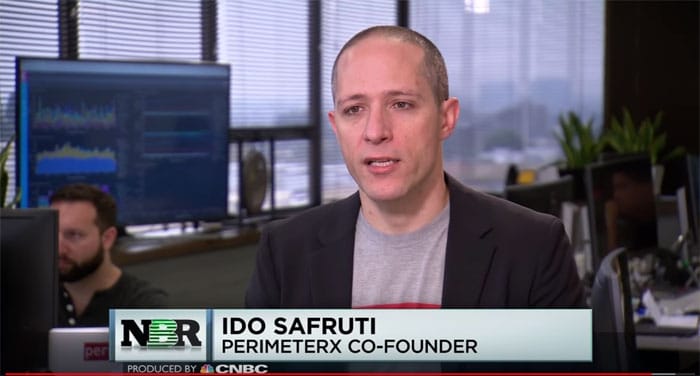 Scalper Bots are streetsmart and “got skills”

Bots play every conceivable angle to get an advantage, and give the scalper the privilege of taking on inventory risk by spending serious money to get inventory they trust will sell at a profit. They subscribe to Twitter APIs for clues and cues on where and when sales will occur. Scalper bots identify product pages that have not yet been publicly released, and even guess at the product SKU identifier. They come at the website from many IP addresses to avoid volumetric defenses.

Since speed is essential to success, scalper bots run on servers less than a millisecond away from the merchant’s server, giving them the ability to finish a transaction before a human even sees the page.Another tactic: scalpers hack into the backend of a retailer/brand website to place orders in bulk, circumventing the entire playing field. 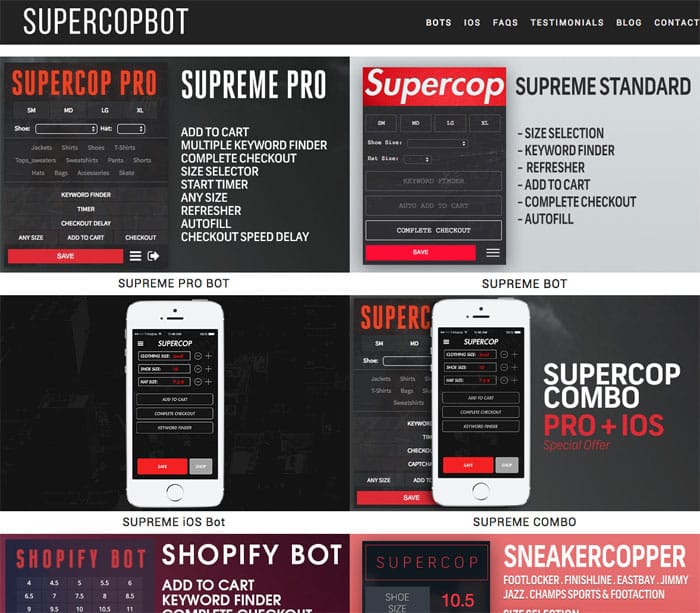 Who is behind the scalper bots?

There are three groups using scalper bots: Individuals, who are often loyal brand fanatics; they are the dream customers for a retailer. Next, individual resellers (scalpers), and then purchasing services, which help anyone fight through the crowd to buy something.

Manufacturers and retailers know that without the help of a “good” bot, shoppers can find it impossible to buy anything. Retailers have had to balance between “good” bots helping human customers make a purchase, and bad bots deployed by scalpers to buy inventory en masse ensuring that loyal fans end up paying drastically higher prices.

Who are prime targets for scalping bots?

Sneaker brands such as Adidas Yeezy, Nike Air Jordan, Supreme in the streetwear category, and many cosmetics are on the scalpers’ hit list. The resale market for limited edition sneaker runs, for example, is $1.5 billion per year.

Should brands care about scalpers

Why? When a limited edition sales goes live brands are selling their entire inventory in seconds. Right?

Scalping has the effect of frustrating customers, but it can also add to the cachet; if Supreme is literally impossible to buy, then walking down Fifth Ave in it is something special. Here is a Supreme Spring Collection 2018 backpack, still sealed in plastic, asking $419 on ebay.

Some even argue that brands like Supreme would not exist if there were no bots hyping up the limited edition inventory. No Bots, no brand.

We at PerimeterX don’t think so. For most brands, malicious bots are a big problem. Retailers value customer relationships. They’d prefer those relationships to be with humans who will buy from them regularly, not with bots that only show up for limited editions that are going to sell out no matter what. When a consumer buys from a scalper, the retailer gets zero customer relationship and zero loyalty or brand equity.

When consumers are frustrated by getting frozen out on limited editions by scalper bots, they turn to Twitter in the hundreds or thousands to complain. For major brands, this is not a protest to shrug off.

Today there is nothing illegal about using scalper bots to obtain clothing and sneakers. That may change, as existing laws like the BOTS Act are broadened, and Senators Blumenthal, Schumer, and others are stepping in to fight CyberGrinch Bots, working to pass a new bill that outlaws this activity.

First, among the defensive measures that retail brands have tried are requiring in-store pickup of an online reservation.

Supreme reportedly opened its online store for one minute of a sale, then shut down, and banned most of the IP addresses used in that initial flurry.

Retailers have also blocked individual IP addresses linked with suspicious purchases, and “Ghost Carting” which is automatic emptying of a cart before or during checkout because of suspicious fast activity. They can also simply cancel transactions in progress if the activity appears to follow a suspicious pattern.

But that is not enough.

Why retailers should leap at the opportunity to stop scalper bots

We at PerimeterX believe that the responsibility to stop scalpers falls on the brands or owners of the websites. They can make their sites hostile environments for their current best customers: the bots. In doing so, they will save their human customers a great deal of money. What will loyal, human consumers do with the extra money in their pocket? Chances are that some of it will turn into more purchases from those same customers. . In other words, stop scalping on your site and build your brand reputation.

Retailers have new tools and techniques at their disposal, to detect in real-time the profile of every user and interaction with their site. The aim is to gauge whether the user is a good human or a malicious bot and then #KickSomeBot while allowing loyal humans to buy. Make contact with the humans here at PerimeterX and we can flush the bots from your web traffic.